* To read my interview with Kim Neville, author of The Memory Collectors click here!

I got acquainted with The Memory Collectors when Amazon suggested it to me based on my recent searches. I was drawn in by the title, the cover (beautiful), and the description. The Amazon review was great, and included words such as “wonder-filled,” “unique,” “mesmerizing,” and “beautifully-written.” How could I do anything but “Add to cart”?

I’ll give my review, but first, let’s look at a summary of the story since that’s probably a big reason why you’re here visiting!

Book Summary (taken from Goodreads): Ev has a mysterious ability, one that she feels is more a curse than a gift. She can feel the emotions people leave behind on objects and believes that most of them need to be handled extremely carefully, and—if at all possible—destroyed. The harmless ones she sells at Vancouver’s Chinatown Night Market to scrape together a living, but even that fills her with trepidation. Meanwhile, in another part of town, Harriet hoards thousands of these treasures and is starting to make her neighbors sick as the overabundance of heightened emotions start seeping through her apartment walls.

When the two women meet, Harriet knows that Ev is the only person who can help her make something truly spectacular of her collection. A museum of memory that not only feels warm and inviting but can heal the emotional wounds many people unknowingly carry around. They only know of one other person like them, and they fear the dark effects these objects had on him. Together, they help each other to develop and control their gift, so that what happened to him never happens again. But unbeknownst to them, the same darkness is wrapping itself around another, dragging them down a path that already destroyed Ev’s family once, and threatens to annihilate what little she has left.

The Memory Collectors casts the everyday in a new light, speaking volumes to the hold that our past has over us—contained, at times, in seemingly innocuous objects—and uncovering a truth that both women have tried hard to bury with their pasts: not all magpies collect shiny things—sometimes they gather darkness.

I really enjoyed this story because I’m not into overt fantasy, but like magical realism. For example, The Midnight Library, by Matt Haig, certainly contains magical elements, but is not fantasy fiction per se. Kim Neville wows in this debut novel, and having interviewed her I learned some of the hard work and patience involved in getting it to print.

We all have memories attached to objects. There really isn’t any way to avoid that part of life, even if it’s a bad memory you associate with the item. In many ways, objects are akin to smells or sounds when it comes to transporting us to other times and places we’ve experienced. But for Ev and Harriet, they can touch any item and feel the memories associated with them. They team up so Ev can learn to control her gift, and Harriet can make a museum of memory to heal emotional wounds. That is an intriguing thought, and I wish there were a way to help people universally heal from their emotional wounds so artfully.

The book is whimsical, has a ton of heart, and gets you thinking about the memories attached to your own items. The characters are well-developed, and the story is slow building rather than rushed. After reading it, I would definitely line up to buy whatever book Kim Neville comes out with next!

Read what the author herself says about what inspired her to write The Memory Collectors:

Writers Workshop, which is an intensive six-week workshop for writers of

speculative fiction. That story was much more fantastical than THE MEMORY

COLLECTORS. In it, Harriet is a witch who hoards actual magical objects, and she

runs into trouble when she steals a neighbor’s dragon. It wasn’t the best story I’d

written, but there was something in it that captured my imagination. I knew I

real world. I began thinking about how we as humans relate to physical objects, and what

makes an object “magical”. We ascribe meaning to things based on our

interactions with them, and our stories about them. I found it so interesting that

inanimate objects can hold such power over us. The memories associated with a

cherished piece of jewelry or a favorite mug can be so vivid and emotional, that

it’s as though the object itself has taken on those emotions. This led me to start

impressions we leave behind on objects.” 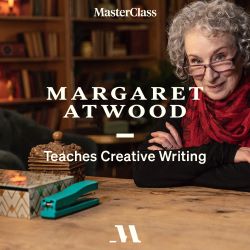